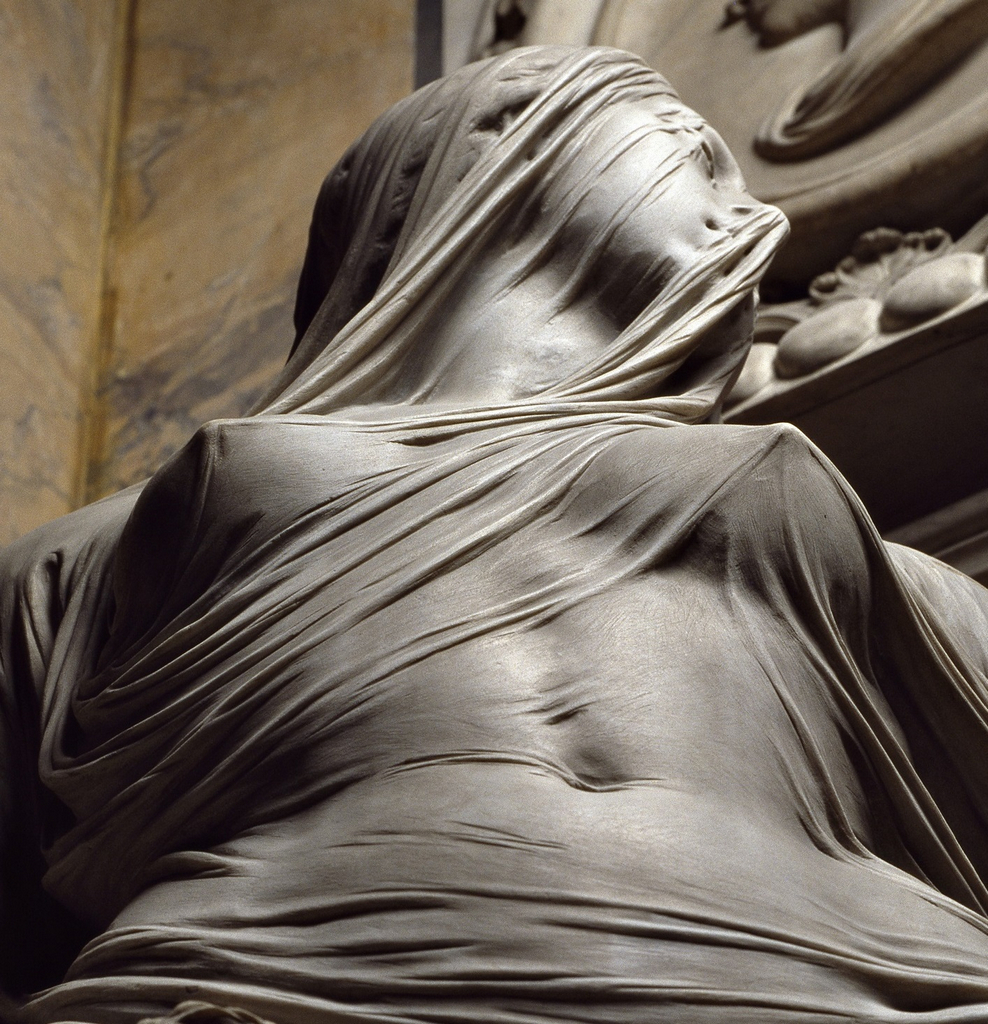 Ron Mueck’s “Couple Under An Umbrella”

Ron Mueck’s new solo exhibition at Paris’ Fondation Cartier includes this incredible work where a man and a woman have been isolated from the rest of the world and are still happy about it after decades. Simply titled, “Couple Under An Umbrella,” it’s one of three new pieces in a show made up of bizarrely scaled sculptures that present people so real you wonder why they’re not breathing – hyperrealism in a contemplative way. My first impression is to relate the sculpture’s size to the person’s character or circumstance, and here the couple’s love is bigger than they are so their bodies follow suit.

“They seem to be frozen moments of life, each capturing the relationship between two human beings. The nature of their connection to each other is revealed by their actions, small, ordinary, yet intriguing. The precision of their gestures, the true to life rendering of their flesh, the suggestion of suppleness in their skin makes them seem completely real.

These works describe situations which are imaginary but their obsession with truth indicates an artist in search of perfection and with an acute sensitivity to form and material. By pushing likeness to its limits Ron Mueck creates works that are secret, meditative and mysterious.” Ron Mueck’s solo exhibition at the Fondation Cartier in Paris in on view until September 29, 2013. Marc Andre Robinson creates sculptures, drawings and videos from his studio in Brooklyn, all of his work concerned with family and what it takes to belong in one.

His works with chairs show a playful relationship between art and artifact, using found furniture that has probably held the generations of many families within them, giving each piece a stronger sense of realness – art repurposed instead of just created for its own sake.

“Throne For The Greatest Rapper of All Time” looks like either a very elaborate 19th century sex toy, or a complete dining room set come to life, becoming a more powerful Transformer-version of chairs and pieces of table. But the work is very sit-able, and looking closely you’ll see all the stacked chairs come from different sets and different tables. Wooden antennae stretch up symmetrically creating a very impressive silhouette, the backs of the chairs exaggerated and elongated, like a father figure overcompensating.

“By Themselves And Of Themselves” accomplishes a feat against gravity, a huge circle of interlocking chairs standing upright. All the chairs face out, some are plastic but most are wooden, and again each chair comes from a different set – a mismatched bunch somehow made whole.

See more from Marc Andre Robinson on his website.