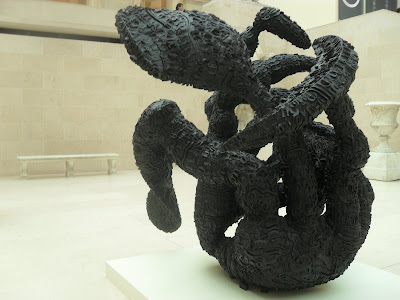 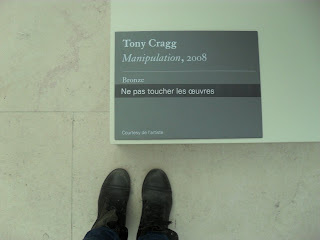 It seems as if it’s supposed to be some sort of multicultural, multilingual, multi-everything monster– what would happen if every creature, language, and idea were forced into one, self-destructive being. 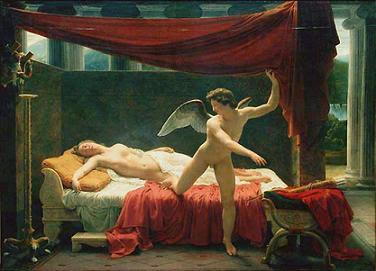 L’Amour et Psyché, 1817
(“Cupid and Psyche”)
It’s the morning after and the angel man is leaving her sleeping. Her arm is outstretched around where the space where he would have been, but now that space is just depressingly empty. The sun shines on her naked body and a sheer white robe lingers around her hips, flowing down across her legs. Her face is upturned, peaceful, and unaware– you can almost hear her quiet naive breathing. The winged man, still in the process of abandoning her, reaches towards his clothes and arrows with his right foot still lingering on the bed. The rich pinks, reds, and yellows combine with the beautiful Eden-like background, making the whole painting seem like a dream. The angel looks back at the sleeping beauty with a goodbye glance– the older cupid teaching us that love, if anything, is fleeting, and you never know when you’ll wake up and your arm will be outstretched around nothing. 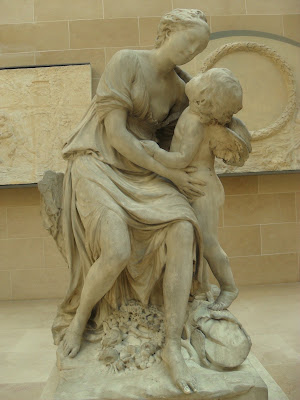 Covered in a layer of age, a young mother embraces her angel child with a soft, careful expression on her face. Her loose dress spills around her and her delicate life-like hands hold the winged baby who stands to her left- up on a log so he can get even closer to her. She’s sitting on the remains of a tree and a wreath of flowers, logs, and rocks rest at their feet. The baby wears nothing but his wings, his right arm wrapped around his mother’s shoulder, looking up at her with a face filled with love as she stares back at him– the pair forever locked in a staring contest that reveals every dynamic of their relationship instantly.