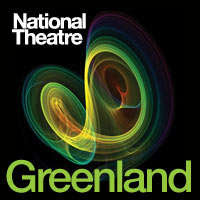 On my second venture to the National Theatre in London, I saw Greenland, a show about how we are responsible for climate change and the inevitable destruction of the earth. Well, it was pretty in your face to say the least. Which would have been fine, I get it, you have a message you need to get across, yadda yadda yadda, but the acting was pretty bad and the plot as a whole didn’t have much of a point.

There were three main plot lines in total that alternated time on the stage. One of a naive teenage girl determined to save the planet, the second of a scientist who predicted that New York City will be under sea level by 2030 (and let me tell you, if that happens, I’m going down with it) who still wants to have kids anyways and spends most of the show trying to get the girl he likes to have his babies, and the third story follows a bird watcher in the arctic whose relationship with the teenage boy who accompanies him is never really explained. Kinda weird. But none of these plots really resolved themselves or went anywhere, and there were repetitive interrupting bits about basically nothing that were very distracting and made very little sense. One of these bits involved the Copenhagen Climate Conference in 2009 and the play very obviously blamed Obama for why it didn’t work. And there were other little jabs at America too which I wasn’t particularly fond of. (DON’T TREAD ON US.) 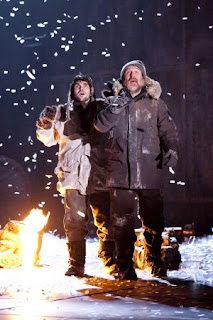 But perhaps the worst thing about this play was the general hypocrisy of it. The actors were basically screaming at us not to buy food from grocery stores because they come in plastic containers that fill up a waste island in the Pacific that is apparently as big as France, and crying that recycling isn’t good enough. But the entire time paper was falling from the ceiling and at the end of the play, a huge fan was turned on and the paper was literally blown into our faces. And even though they might reuse that paper play after play, when the show ends, what are they going to do with it? RECYCLE. Plus, the entire backdrop of the stage was a giant screen, and the power it required for one performance could have probably powered most of Manhattan for an hour. Not to mention the extreme number of props, most of which were unnecessary, and the money to buy them could have actually gone towards something that would actually help. But WHATEVER. The whole thing made me want to not recycle on purpose just to get back at them for wasting two hours of my life. But I suppose that’s how it is with most things that are shoved down our throats. Not only do we not want to eat it, we also want to throw up all over the ones doing the shoving.
GD Star Rating
loading...